Pennsylvania Could Be Next to Allow Online Gambling in the USA 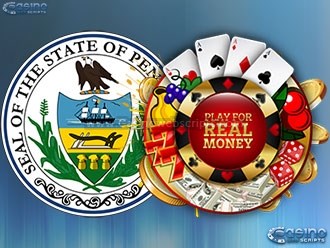 Online gambling software providers and casino operators should know that Pennsylvania might be the fourth state to allow internet gambling in the US. By introducing online gaming, Pennsylvania regulators are looking to develop a solution that will fill a part of the current budget deficit.  Rep. John Payne has already expressed his approval towards online gambling by sponsoring a bill that could legalize the industry in Pennsylvania.

Regulators who have proposed the bill have discussed about how online gambling in Pennsylvania could have the same successes registered in Europe or Canada, which already have a gambling system that is well put together, with online gambling software providers and igaming operators that run their businesses in a safe, regulated market.

On the other hand, opponents of the bill talk about how internet gaming could affect the already-existing land based casino industry in the state, or about the technology that could ensure a secure online environment for players. Andy Abboud, senior executive for the Las Vegas Sands, explained that if the bill passes, there will be a lot of potential to let ‘bad actors’ penetrate the market, by not committing to fighting against aspects such as underage gambling.

Casino vendors and online gambling software providers should also know that Abboud is also not content with the lack of a mechanism that would control shutting down offshore online casino sites. Such sites could be as appealing as to surpass legal gambling sites that would be opened if the bill is passed.

Several other gambling insiders have declared that the new technologies could attract younger, but not underage players, to access online casinos, due to the fact that that the new generation is more social than the previous ones. More than that, geolocation services would precisely detect the location of players, in order to determine if they fit the requirements regarding state residency. Like so, players with the highest risk of logging from out of the state would have their location checked at small time intervals, in order for illegal access to online casinos to be avoided.

With a population of over 12 million people, Pennsylvania will become a very attractive market for online gambling software providers and internet gaming operators if the state will pass the proposed bill.

*Enter sum of: 9+6
*I consent to having this website store my submitted information for the purpose of contacting me back with an answer to my enquiry. Type YES in the box below.
Subscribe to newsletter? Type YES in the box below to subscribe or leave empty to avoid subscribing.
What were you searching for, when you found us? Keyword(search engine phrase):