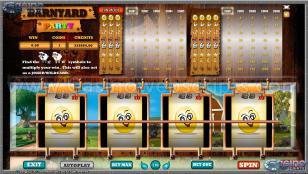 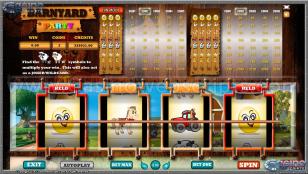 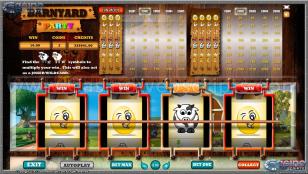 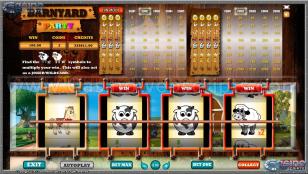 We can convert this game from FLASH to HTML5, after you purchase it, with no additional costs for the conversion, if you also buy at least 10 other HTML5 games from our website.

Get your own groovy farm and see if you can handle it while playing Barnyard Party MultiSpin Slots. This is a joyful and colorful 1 REEL, 1 payline slot game, which will immediately brighten your day, and it will also help your establish your farming skills. What is more, it has a lovely song theme and it presents interesting symbols too, such as chicken, sheep, horses and hens. The best part is that they’re all animated.
The shades and the detailing of this game are great, and you will never become bored with it. Also, it has never been easier to win the jackpot. You just have to get as many horses or hens at once, and your bet will immediately go up. Likewise, the sheep is the joker, and it will multiply your gains, so hopefully you will get it often. Barnyard Party MultiSpin Slots are a fun and relaxing way to have a good time making some money.

Click here to enable the scrollbar for the rules section.
To start playing SLOTS, start the game, choose your bet value and press SPIN.
Total bet is equal to bet * coins. Total bet will be deducted from your balance upon pressing SPIN.
Total win will be added to your credit balance after all the animations are completed and/or after the COLLECT button is pressed.

GAME INTERFACE:
-Auto(Autoplay): will automatically SPIN and collect using the current number of lines and betperline, until your credit balance will not allow another SPIN, or until STOP button is pressed.
-Bet: the amount you will wager for each active payline;
-Bet One: will adjust the selected number of coins.
-Bet Max: will set the selected number of coins to the maximum possible value (value 5);
-Exit: will exit the game and redirect to main casino page;
-Credits: your current balance, in credits;
-Win: represents the amount you have currently won from the active paylines;

The WILD symbols act as substitute for any paying symbol, but only once.
EG: WILDx2 DYNAMITE SHERIFF STAR WILDx6 will trigger a win only for the SHERIFF STAR symbol which will then be moltiplied by x6.

4x WILD symbols on an active payline will pay nothing.

PAYTABLE:
The payouts for any symbol can be viewed on the top area of the game, or below: 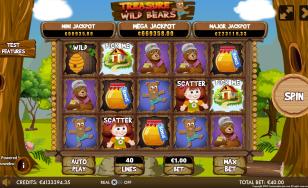 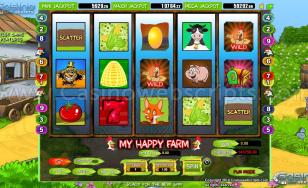 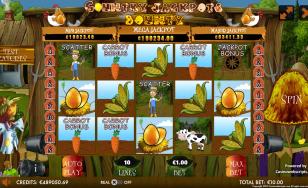 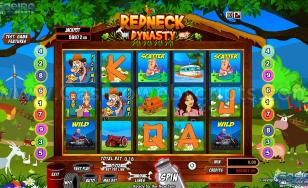 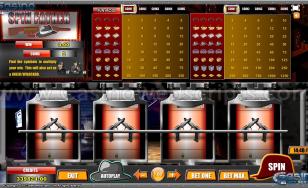 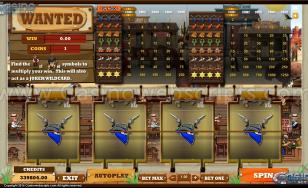