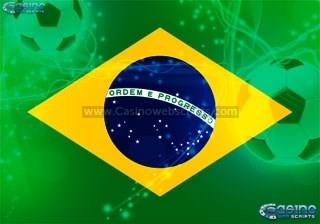 Operators who are looking to buy an online sportsbook should know that Brazil has taken a step forward towards legalizing sports betting. Regulators recently decided to approve the draft legislation 671/2015, which could soon be the backbone of fixed sports betting in the country. At this point in time, Brazil solely allows bets for lottery, horse races, live poker tournaments and bingo.

The new draft legislation was created in an effort to reduce the impact of remote online betting companies, which collect revenue from offering services to Brazil residents. More than that, regulators are working on reducing the effects of illegal gambling sites which currently target customers from Brazil.

At this point in time, there is no specific approved legislation that blocks unauthorized operators. Like so, the government is expected to introduce fines of up to €57.000 to gaming companies which operate illegally in the country.

Operators who want to buy an online sportsbook should also know that the attitude change of Brazilian regulators towards sports betting has also appeared due to the upcoming 2016 Summer Olympic Games, which could use the revenue generated by companies that will provide gambling services to customers starting this year.

Companies which are based outside of Brazil and want to buy an online sportsbook should know that the new legislation would most likely allow foreign operators to cater to Brazil residents by obtaining gaming licenses there.

A previous draft legislation introduced in 2014 would have required operators to open a physical subsidiary in Brazil, regardless of their country of origin. However, senators are currently looking to allow remote operators to obtain licenses without the above stated condition.

The legislation is expected to be approved in the following weeks, which means that Brazil could have sports betting by the end of the summer.

*Enter sum of: 10+0
*I consent to having this website store my submitted information for the purpose of contacting me back with an answer to my enquiry. Type YES in the box below.
Subscribe to newsletter? Type YES in the box below to subscribe or leave empty to avoid subscribing.
What were you searching for, when you found us? Keyword(search engine phrase):