News Blog Evolution of the European Online Gambling Market in 2013

Evolution of the European Online Gambling Market in 2013

Since our company is constantly seeking to respond to its customers’ needs, we hereby offer you a summary of the latest legislative changes in the European online gaming and betting market.

In the year 2013, several changes in the gambling and betting market have occurred at both member state and European level, many initiatives being taken by various European countries who seek to allow operators to start online casinos. Besides regulatory frameworks and licensing requirements, gaming entrepreneurs around Europe have encountered certain barriers and restrictions to run their operations inside several countries. 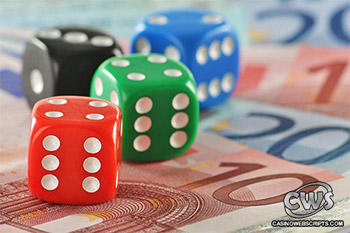 Europe is currently considered the main gaming and betting market worldwide, accounting for 12.6 percent compared to 4.4 percent for the United States. When it comes to European level activity, the European Parliament has also started new proceedings against rogue or illegal operators who try to provide gaming services to European residents. Thus, if a rogue gaming site operates in a member state, it will be restricted to operate within any EU jurisdiction.

Furthermore, the European Commission has had several debates this year regarding various states which currently do not fully comply with the principles of the EU law. Expert groups have also gathered to discuss and inform operators of the latest changes in the gambling system across the continent.

More anti-money laundering precautions will also be taken by the end of the current year, followed by the creation of the new Anti-Money Laundering Directive, which will apply to all online gaming and betting activities. Furthermore, recommendations regarding problem gambling and consumer protection will also be revealed by the end of the year or the beginning of 2014.

Gaming experts say that the European gaming and betting market will continue to emerge in the long term, taking into consideration that various states are implementing new regulations or are releasing draft legislations in order to create licensing regimes for local or foreign operators who wish to start online casinos. Bulgaria has recently introduced a regulatory framework and licensed its first online operator in September. Croatia is the newest EU member state that recently decided to create a draft regulation in order to become part of the online gambling industry, while the Czech Republic is expected to draw up new draft legislation after its previous attempt which did not come to fruition.

Furthermore, Ireland has already submitted a pre-draft during the summer of 2013, operators expecting to see a new Irish online gambling regulatory system in the near future. The Netherlands has also unveiled its plans to create a licensing framework for the gaming industry in late spring 2013 and is now open for consultation for operators who submitted proposals to join the market in July. Portugal lawmakers are also considering regulating the industry, for a new licensing regime is expected to be created in the near term.

On the other hand, several European countries have not yet managed to enact laws that allow local operators to start online casinos or betting sites. Romania has not made any progress this year in regard to creating an internet gaming regulatory regime. Cyprus has not succeeded in proposing a secondary legislation which will allow all types of gambling games. At this point in time, this European country only awards licenses to operators who provide betting games.

There is no doubt that European states will soon start to cooperate and create legislations which will allow operators from European countries to offer their gambling  goods and services to customers all around the EU and beyond. It will also be interesting to see how United States operators will compete against European entrepreneurs if a federal legislation will be submitted by the US federal government in the near future.

*Enter sum of: 4+5
*I consent to having this website store my submitted information for the purpose of contacting me back with an answer to my enquiry. Type YES in the box below.
Subscribe to newsletter? Type YES in the box below to subscribe or leave empty to avoid subscribing.
What were you searching for, when you found us? Keyword(search engine phrase):